For audience measurement in the digital age, few organisations or JICs can successfully go it alone. David Fletcher looks at how UKOM is finding strength in collaboration 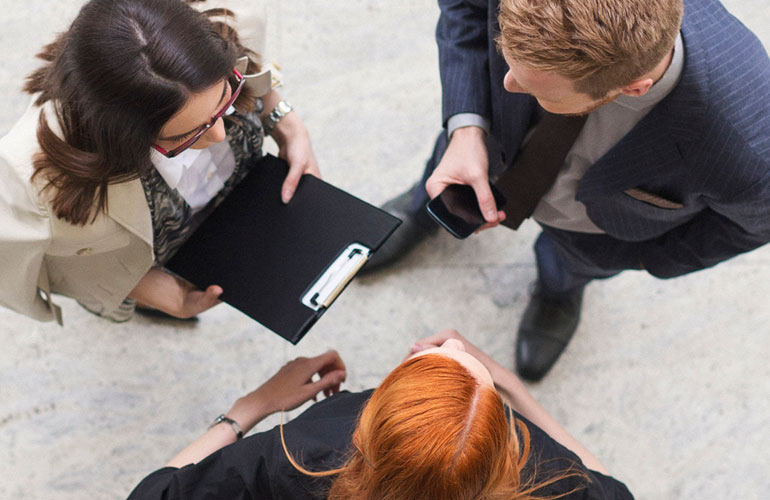 In their book Six Simple Rules, the Boston Consulting Group authors Yves Morieux and Peter Tollman posit that too many businesses are using management techniques that just don’t fit with modern business needs. As you may have noticed, the world we operate in now is characterised by complexity: a labyrinthine web of interconnections between different nodes of activity. The authors observe that the management response based on classical thinking has combined structural fixes with people-oriented approaches, but these have failed to address the challenge. In fact, such approaches have made things worse – adding complicatedness to complexity – through a spiralling of performance requirements for teams and individuals that inevitably cause friction in the wider organisation.

It’s all too easy to see that in media. Whether you’re a platform, publisher, advertiser or agency, you’ll be spending just as much time now as you were 20 years ago grappling with the challenge of profitably delivering excellence in digital channels and balancing those expressions strategically with the wider objectives for your business. If you’re not driving innovation in these things, you’ll at the very least want to catch the wave at which the acceleration in adoption yields competitive advantage but doing so without betting the family silver. The complexity of the current landscape is challenging enough – tomorrow’s landscape will be guaranteed different but the shape of that difference only partially predictable.

All of which means that we are continuously looking at structures and processes to get some rhythm into the Business As Usual, but make room and priority at the leading edge to have early experience of the just-round-the-corner stuff and then work out how re-segment everything on the fly. Do we, for instance, have video experts across platforms or platform experts across formats, or both or… what?

Of course, a few more process charts and KPIs at the team level should add rigour to the organisational design, but as Morieux and Tollman observe, this doesn’t solve the problem; instead we’ve added our own complications and just made things worse. Their alternative is a behavioural approach in which reciprocity, co-operation and integration are to the fore.

Which brings us to UK Online Measurement. UKOM is an attempt to bring integration that at a relatively fundamental level – the audience – joins the components of online marketing together and does so in a language and with a toolkit that even the most seasoned of marketers would recognise as built on tried and tested use cases.

Just months away from the launch of the UKOM-endorsed Ipsos iris solution, some core differentiators are clear. Daily top-line audience data will provide the opportunity for much closer single-source understanding of how the world affects digital consumption – we could have done with that as COVID-19 unfolded. In addition, the prospect of campaign measurement against strategically defined audiences, rigorously constructed on a nationally representative panel, comes as a welcome opportunity for a step change.

Inevitably, there are gaps (notably in the arena of broadcaster VOD) which may need addressing further down the line. Such gaps though are something of a quibble at this stage.

It is perhaps best to think of UKOM more as an idea in action than a data set or tool per se. Rule #2 of the Six Simple Rules is to Re-inforce Integrators. Integrators being “those individuals or units whose influence makes a difference on the work of others — by looking for points of tension, where people are doing the hard work of cooperating. Integrators bring others together and drive processes. They work at the nexus where constraints and requirements often meet.”[1]

UKOM has got to where it is now by doing exactly this – working where the constraints of platform-specific metrics and the requirement for cross-channel metrics meet. And whereas the Ipsos technology platform can only really be judged post launch, the fact of the matter is that UKOM has created a broadly based coalition of interest sufficiently supportive to get to a credible solution. Not just its four trade body ‘owners’ (IAB, AOP, ISBA and IPA in an advisory capacity) but a much wider group encompassing the BBC, OFCOM, Newsworks, Magnetic, PAMCo and others.

This will not have been an easy task. The global platforms have the success that they have substantially by playing on a global scale, so engaging with the UK market specifically runs counter to strategy. Blended publishers for whom a digital future dovetails a declining print model and vitally maintained heritage of journalistic standards have only limited common interest with platforms. Indeed, it is this very lack of common interest and conformity of definition that has thwarted previous JIC (Joint Industry Committee) attempts at joined-up audience measurement.

It is to the enormous credit of the effective underwriting partners (comScore historically and Ipsos from January 2021 who licence UKOM endorsement) to seize the ambition and make it tangible. It is tempting to see UKOM unfolding over the next three to five years as the successful digital platforms did: build a great product that gets saturation, repeat adoption through excellent delivery and only fully monetise at the point of indispensability. Indeed, the adoption of UKOM data by PAMCo is an example of extending reach that adds to the core proposition as well as to PAMCo. But structural, political and economic barriers remain. There are gaps to be closed and some crunch decisions to come, not least the relationship for ISBA between UKOM and their own Origin project. And of course, all this pre-supposes a delivery to pitch promise that gets UKOM real traction in multiple applications across the digital ecosystem. The last of the Six Simple Rules is: ‘Reward those who cooperate’. Make tangibly famous those who make things better. It is far too easy to take a cynical line on initiatives – media communities in general are prone to this – and we all deserve better. So whichever corner of the LUMAscape (arguably another example of complicatedness making complexity worse) you’re in, you’re in a position to see the potential for an integrating idea that might help us all.